The San Diego Zoo Safari Park was one of the boldest wildlife preservation projects in the history of the United States, and continues to positively impact conservation efforts around the world. The Park’s 1,000 acres in Escondido’s San Pasqual Valley have been expertly transformed into diverse habitats for more than 3,600 animals and over 1 million plants, while preserving an additional 800 acres as an undeveloped Biodiversity Reserve—with large expanses of coastal sage scrub vegetation at the nexus of two regionally important wildlife corridors.

May 10, 2022 marks the 50th anniversary of this awe-inspiring place, where life-changing moments are experienced every day. Celebrate with us as we look back at some of the Park’s most groundbreaking milestones, as we work toward helping to create a future where people and nature thrive.

Welcome to the San Diego Zoo Safari Park, where life-changing moments happen daily. Reflect on our 50th anniversary in the video below.


From a stroll down memory lane to a “tasteful” fete celebrating our wild past, and even an overnight adventure, the Safari Park wants to commemorate this milestone anniversary with YOU—our guests who have been with us over the past 50 years. Don’t miss your chance to be part of the party—and part of the Safari Park’s future! 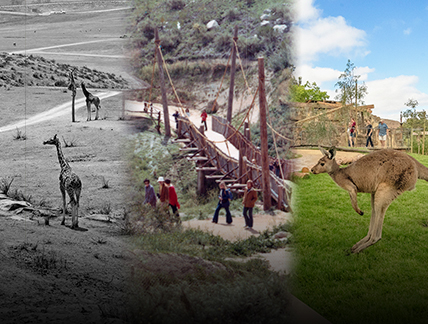 A WALK THROUGH HISTORY 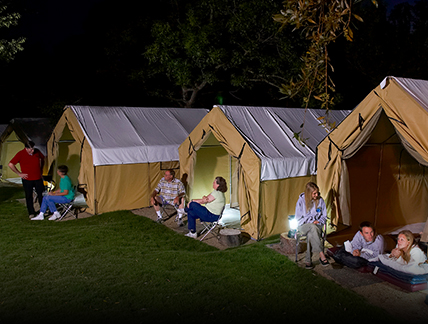 FOUNDATIONS FOR A BRIGHTER FUTURE

What started as a dream became a reality when developers broke ground and construction on the San Diego Zoo Safari Park officially kicked off in 1970. The early years proved to be a critical time for establishing the Park’s reputation as a leader in conservation around the world, as guests came face-to-face with wildlife they had never seen before.

The San Diego Zoo Safari Park may be best known for its wildlife, but it’s the scientists, customer service associates, wildlife care team, grounds keepers, and more that make it one of the most awe-inspiring places in the world. Celebrate our 50th anniversary by getting to know the Faces of the Park.
Click Here to Watch Video

Each decade brought new innovations, groundbreaking moments for endangered species, and life-changing memories for everyone who visited the Park. Celebrate with us as we look back at 50 incredible milestones that made the Safari Park what it is today.

Where All Lives Thrive