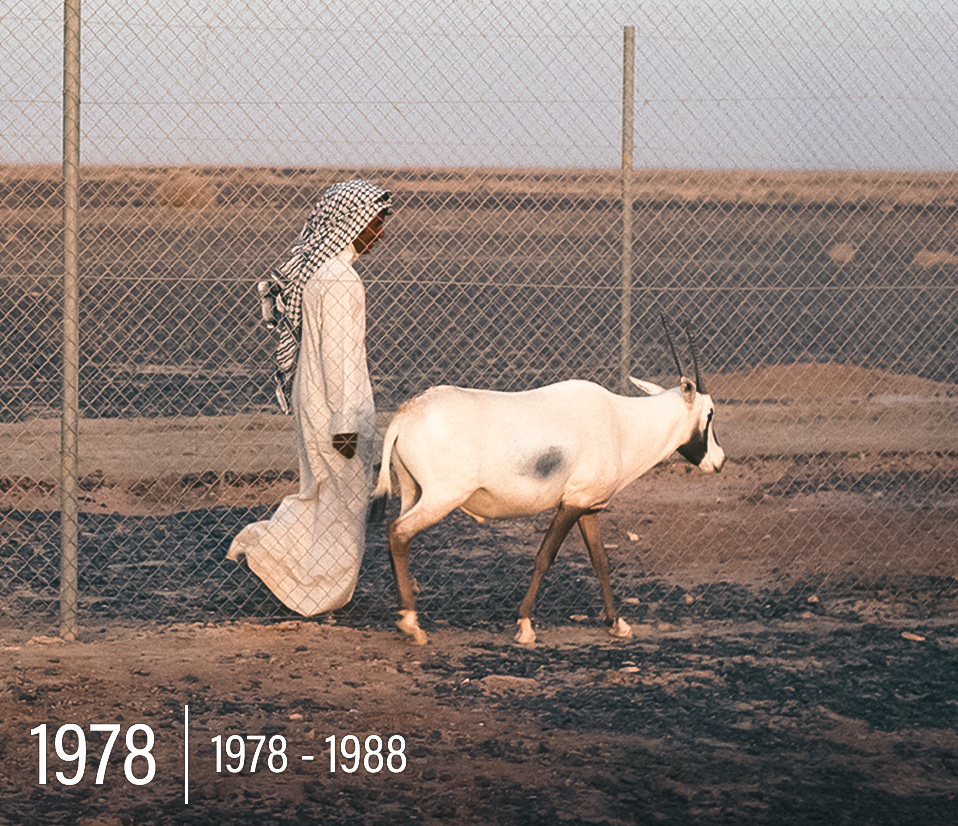 The Arabian oryx once roamed most of Arabia and the Sinai Peninsula, but had been hunted to the edge of extinction by the 1960s. In 1962, a major international effort began to breed Arabian oryx, and San Diego Zoo Wildlife Alliance became a significant partner in 1972. In 1978, the once nearly extinct species returned to its desert habitat. Four male oryx born at the Safari Park were shipped to Oman and introduced to the species’ native range—the first of their kind to return.