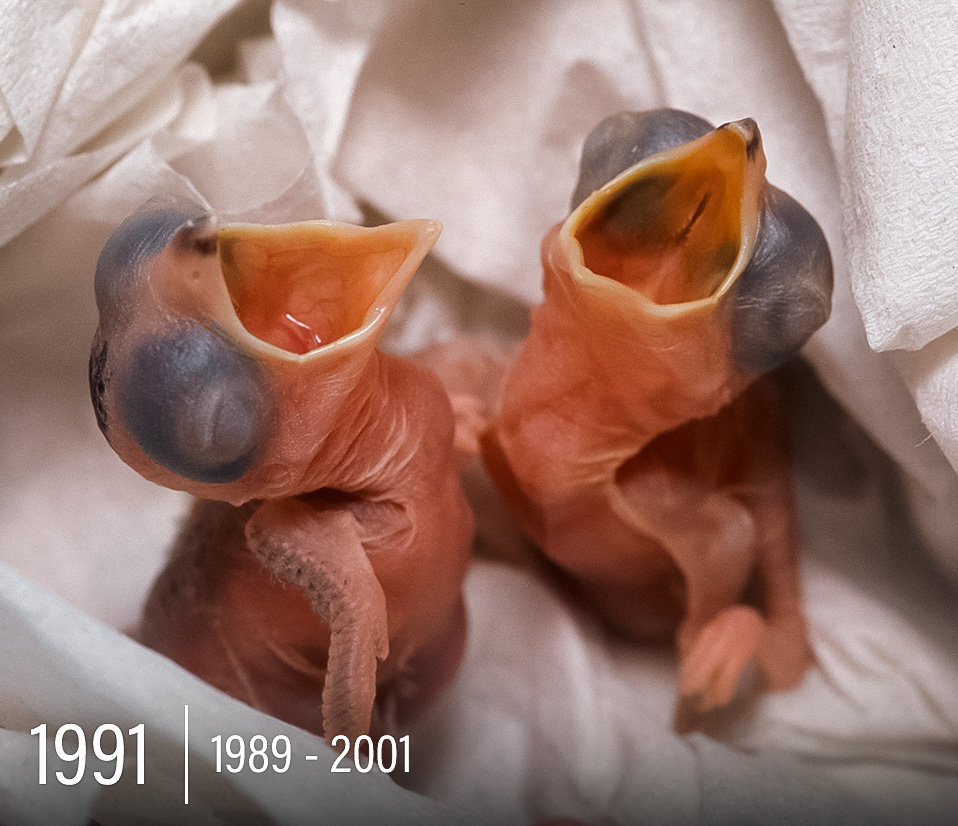 On nearby San Clemente Island, San Clemente Island loggerhead shrikes were going extinct. In collaboration with the U.S. Navy, which had jurisdiction over the island, San Diego Zoo Wildlife Alliance began an emergency conservation program to incubate eggs and raise chicks at the Zoo and Safari Park, to build back the population. Biologists also collected eggs from wild parents to raise on the island, so the parents would “double clutch” and produce another set of chicks. The efforts were successful, and in 1992, the Stone Station research facility was established on the island to continue breeding the birds and prepare for a reintroduction program.