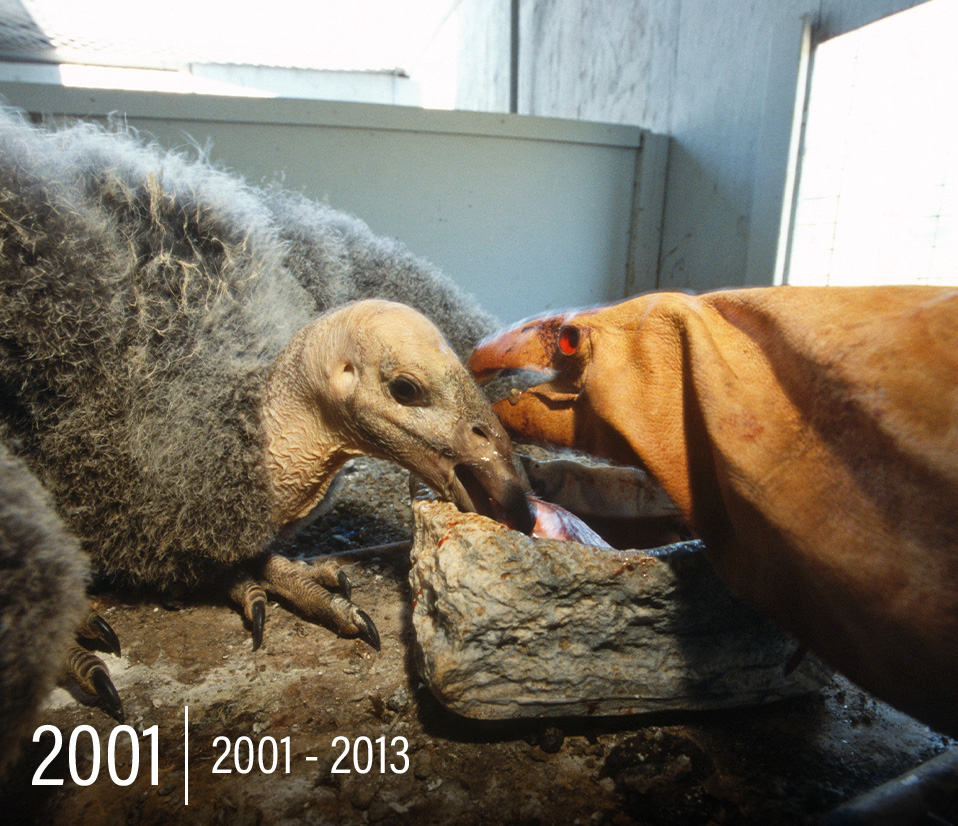 A condor chick hatched on March 22, 2001, with a special claim to fame: he was San Diego Zoo Wildlife Alliance’s 100th California condor to hatch! In 19 years, the Safari Park and Avian Propagation Center teams had made a tremendous contribution to the survival of this native species, which some had once thought was beyond hope of saving. This 100th chick also became part of the reintroduced population when he went to the Hopper Mountain National Wildlife Refuge reintroduction site in 2002.