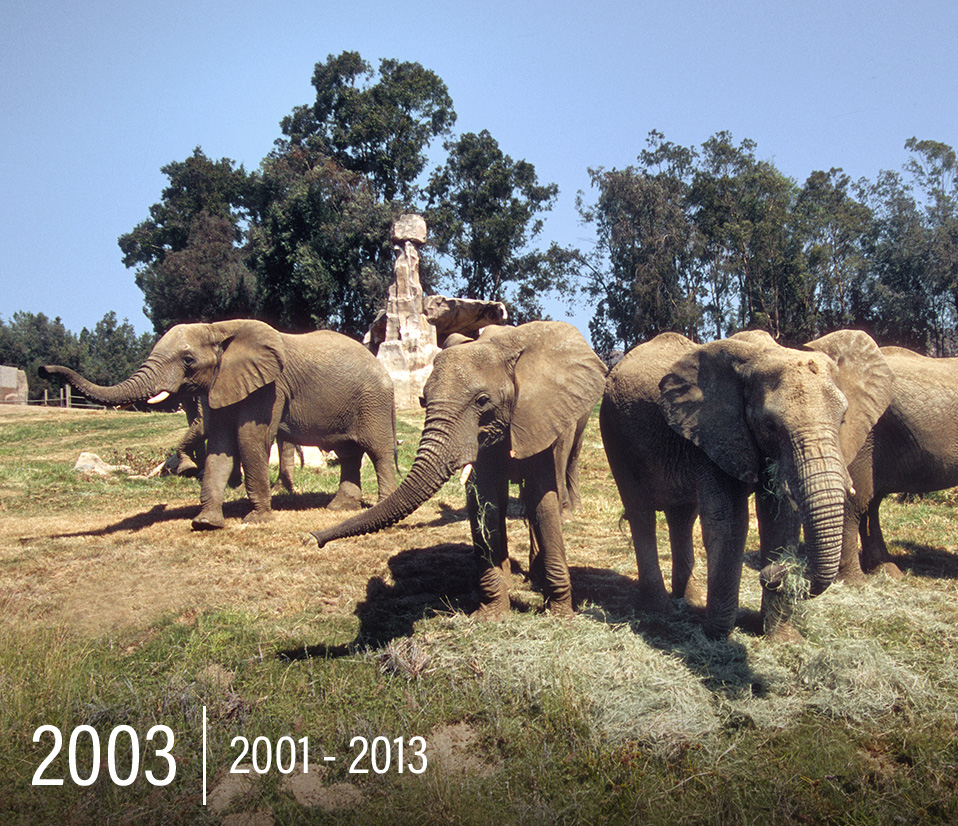 In 2002, a herd of African elephants in Swaziland (today known as Eswatini) found themselves constrained by agriculture and human habitation. They were running out of food sources and destroying the habitat for the other species living there. They faced a planned culling in their native country—but with the help and support of the Association of Zoos and Aquariums, San Diego Zoo Wildlife Alliance and the Lowry Park Zoo joined forces to bring the entire nine-elephant herd to the United States. Flying almost-adult elephants from Africa to the US took extensive planning—and a cargo plane big enough to accommodate the elephants, accompanied by wildlife care specialists, during the long journey.