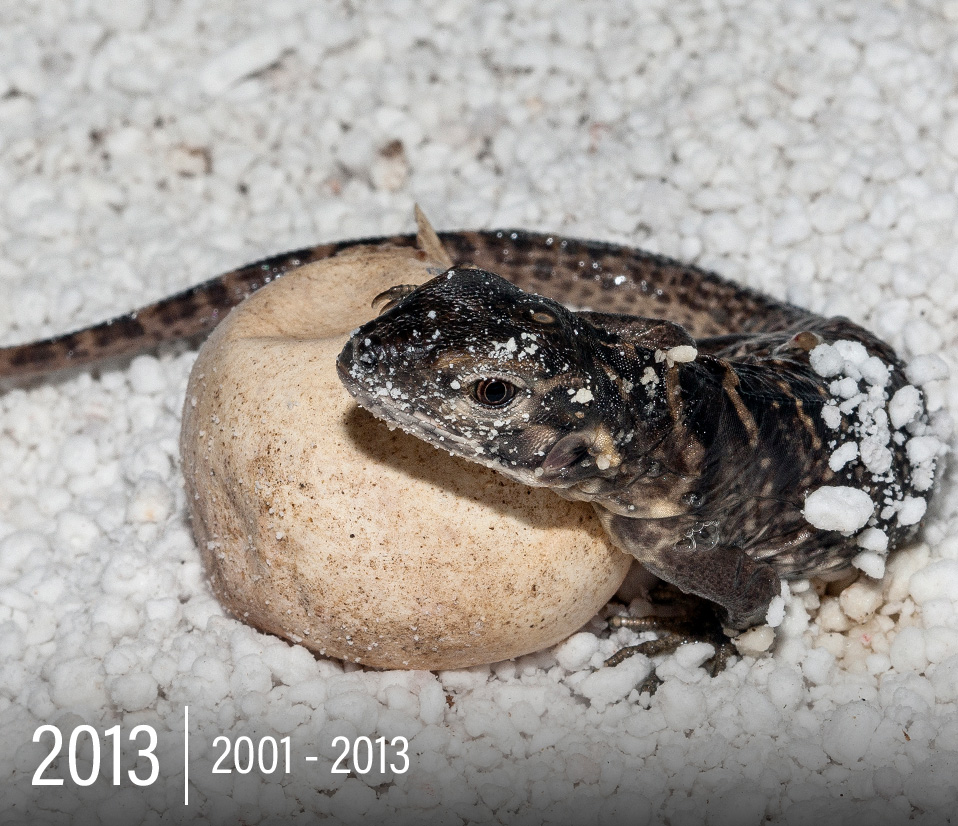 When the three-and-a-half-inch hatchling with the five-inch tail emerged on August 29, 2013, he had no idea what a big deal he was. He was the first Jamaican iguana bred at the Anne and Kenneth Griffin Reptile Conservation Center, and his hatching made San Diego Zoo Wildlife Alliance the first facility in the world to successfully reproduce the three most endangered lizards: the Grand Cayman blue iguana, the Anegada iguana, and the Jamaican iguana.