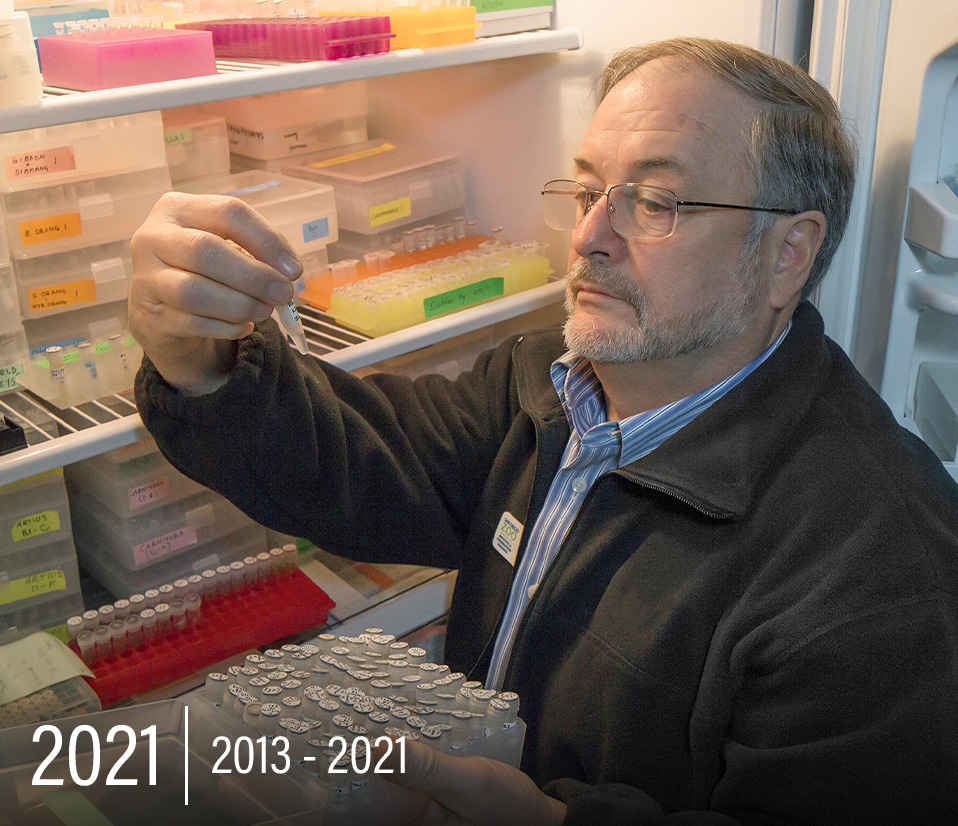 Conservation scientists at San Diego Zoo Wildlife Alliance reported an extraordinary discovery—two California condor chicks hatched from unfertilized eggs. During a routine analysis of biological samples collected from our managed breeding program, scientists confirmed that each condor chick was genetically related to the respective female condor that laid the egg from which it hatched.
However, they found that neither bird was genetically related to a male—meaning both chicks were biologically fatherless. This sort of asexual reproduction, known as parthenogenesis, is a first for the California condor and a breakthrough that provides new hope for the recovery of the species.