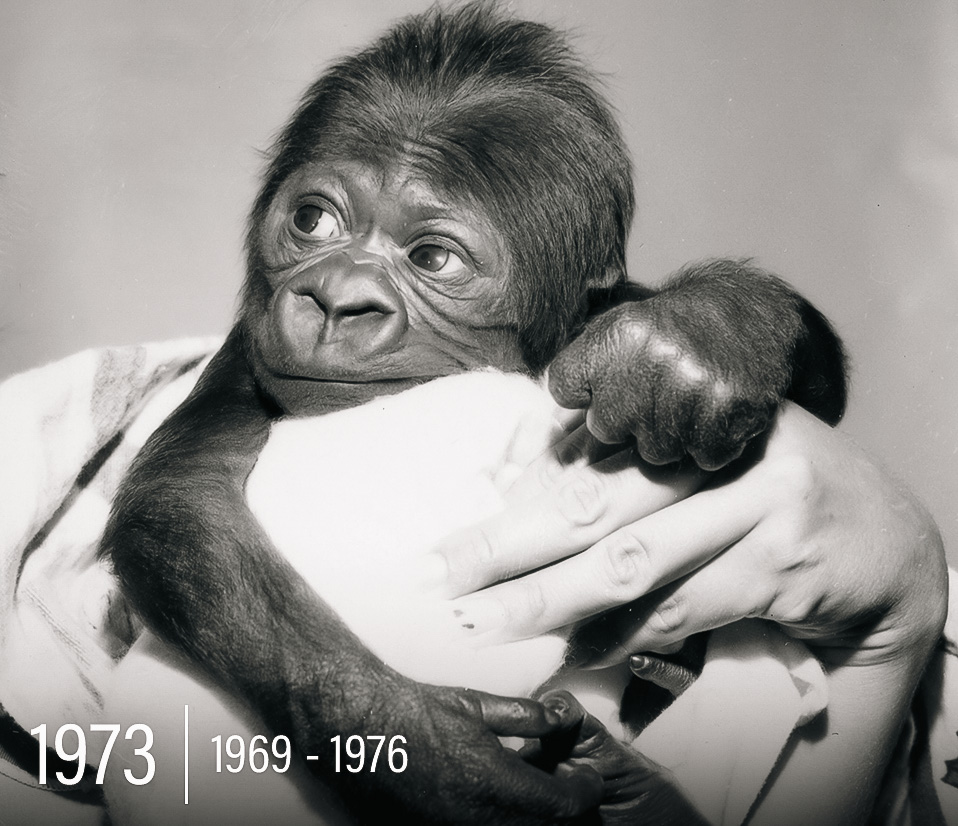 A GO-REALLY CUTE APE IS BORN

In February 1973, the gorilla care specialists had an inkling that Dolly the western lowland gorilla might be pregnant. On October 15, their suspicions were confirmed when she gave birth to a 6-pound, 4-ounce baby boy. At first, Dolly seemed to be taking care of him, but later in the day it became clear that the wildlife care specialists needed to intervene, and he was taken to the Park’s care center. The adorable ape was eventually named Jim in honor of a generous supporter of the Park.