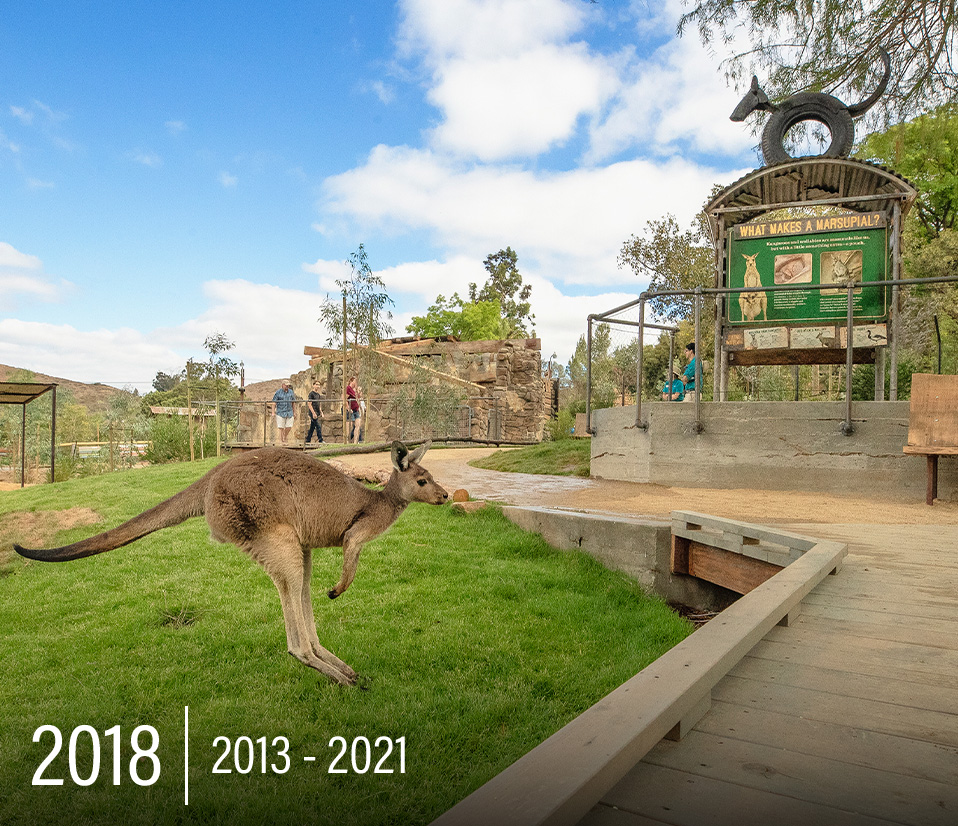 NEW FRIENDS FROM DOWN UNDER

May was a big month for the Safari Park: the brand-new Walkabout Australia opened to the public, taking visitors on a “walking safari” through four different habitats of the Land Down Under. Grassland, wetland, rainforest, and desert habitats awaited guests as they began their journey strolling along a back country road.

In October, platypuses could be seen outside of Australia for the first time in more than 50 years. An eight-year-old male named Birrarung and a fifteen-year-old female named Eve arrived at the Safari Park, where the new Nelson M. Millsberg Platypus Habitat awaited them in Walkabout Australia.