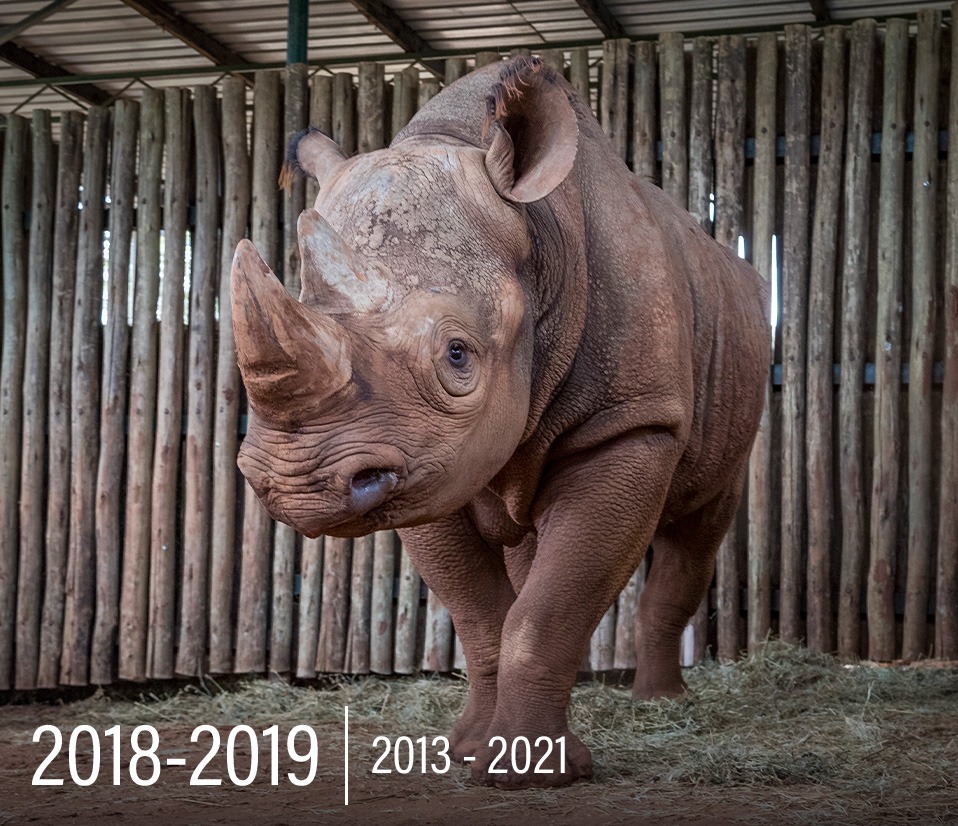 FROM SAN DIEGO TO TANZANIA

Eric, an eight-year-old male East African black rhino that was born at the San Diego Zoo Safari Park, became an international traveler and settled into a new home in September. San Diego Zoo Wildlife Alliance gifted the 2,550-pound rhino to the government and the people of the United Republic of Tanzania to promote breeding of the critically endangered black rhino within the greater Serengeti ecosystem. After flying in a specially equipped cargo plane from Los Angeles, Eric took up residence in his new turf at Singita Grumeti, a 350,000-acre private reserve working with the Tanzanian Wildlife Management Authority and Tanzanian Wildlife Research Institute to conserve wildlife and boost the local population of black rhinos.